The Myth of the Last Taboo: Queer Subcultural Studies 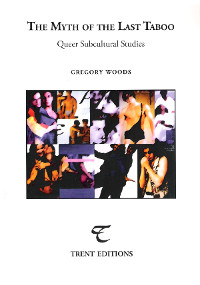 Seismic changes took place in Western societies’ attitudes to homosexuality around the turn of the 20th and 21st centuries. At first, gay communities suffered from rabidly hostile responses to the AIDS epidemic. Those terrible years were followed by piecemeal legal reform and a gradual thaw in the way gayness was represented in popular culture. From the ‘wages of sin’ to the commercialisation of desire, from pretend families to equal marriage, gay people were eventually sucked into the mainstream of contemporary life. But how irreversible are those changes, how secure the future they promise?

Best known for his literary criticism, Gregory Woods now turns his attention to journalism, film, TV, shopping, popular fiction, cartoons, the memoirs of the Beirut hostages, desert island stories, travel brochures, Italian camp, and anything else that takes his fancy. By paying close attention to the detail, he manages to convey the broader picture of a major turning-point in Western attitudes to sexuality. These essays amply demonstrate how gay and lesbian studies, far from addressing only narrow concerns, open up fresh perspectives on some of the more intractable issues of our times.

This book can be purchased from Waterstones.